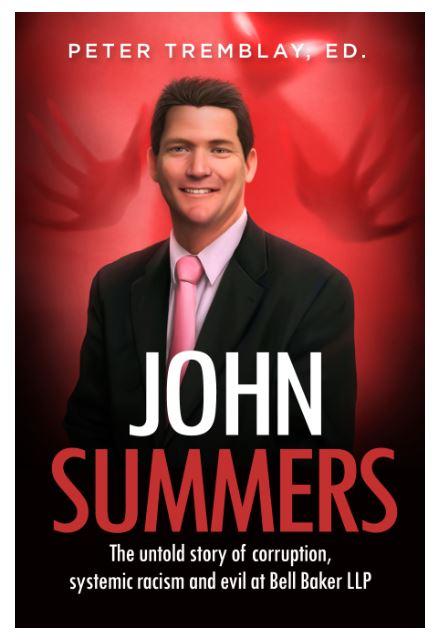 The Canadian legal system is broken, and perhaps no other lawyer epitomizes that more than Ottawa lawyer John Summers.

What can be said of a lawyer who takes money from an undisclosed source that exploits a disoriented elderly man with diabetes and chronic high blood pressure to embolden his abuse of his wife? This is a man so disoriented that he has run through stop signs when driving, drifted between lanes on an urban expressway, and become confused as to his location in both driving and walking.

What can be said of that same lawyer who then perpetuates that abuse by blocking that wife from acting on her desire to obtain the assistance of both her son and the police, who both sought to do a wellness check?

What can be said of such a lawyer, who, for years, has sought to use lies, deceit, a fictitious motion, and apparent collusion with judges from his alma mater to secure unlawful blocks against the efforts of a son to ensure the safety and security of his own mother?

What can be said of a court system that allows a lawyer to run roughshod over ethics and constitutional rights in a manner that enables systemic racism, torture, and the destruction of human life?

John Summers: The Untold Story of Corruption, Systemic Racism and Evil at Bell Baker LLP takes us on a journey into the moral decay of the legal profession and the people who become judges and who are recruited from that legal profession. This book shows us how an effective and sadistic cabal within the Canadian legal system can pervert the course of justice with absolutely no system of oversight and accountability.

Thanks to ultra-insiders like those who run the Law Society of Upper Canada, it appears our legal systems are being run by psychopaths, and for psychopaths. They not only lack an appreciation for the rights and freedoms they supposedly swore to protect, but for the sanctity of human life itself.

This book will enable you to further appreciate the underbelly of the Canadian justice system outside of media censorship while also examining the very evidence before the courts.

You be the judge.