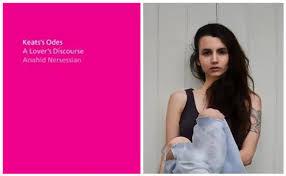 Two hundred years ago this week, English poet John Keats died of tuberculosis, in Rome, at the age of 25. In his short life Keats had composed an astonishing body of work, one that would guarantee that he would be remembered, and admired, as a great poet. He suspected this but could not be sure. One can never be sure in such matters. He thought of posterity constantly, and the fear that he had not done enough, that he would disappear before establishing an immortal reputation, tormented him.

To be sure, the pugnacious poet had his moments of assurance. In an 1818 letter to his brother, he wrote, “I think I shall be among the English poets after my death.” At least as frequent, though, was the mood expressed in the sonnet from the same year that begins, “When I have fears that I may cease to be / Before my pen has gleaned my teeming brain,” or in the words he chose for his gravestone: “Here lies one whose name was writ in water.”

One suspects that the confidence of that 1818 letter was based on the expectation of future work, not what the poet had already accomplished. After all, that letter came not long after the publication of “Endymion,” an epic poem that was trounced by critics. Though the reviews were unfair and unkind, “Endymion” is far from Keats’s best work, and the poems that would establish him as an enduring poet — in particular, the “great odes” of 1819 — were yet to come. Those six odes — “Ode to a Nightingale,” “Ode on a Grecian Urn,” “Ode on Indolence,” “Ode on Melancholy,” “Ode to Psyche” and “To Autumn” — rise to heights unscaled by most poets and, indeed, unsuspected by many.

The odes are so beautiful — and Keats’s image as a sensualist, an effete Romantic aesthete, so firmly established — that it is easy to overlook how philosophically accomplished and profound they are. They constitute, to my mind, some of the richest and deepest meditations on art, beauty, mortality and subjectivity in Western literature. Sadly, it is such a deep part of our culture to think of feeling and reason as profoundly opposed — and of beauty as falling firmly on the side of feeling — that we are programmed to misunderstand any work in which reason, feeling and beauty work in tandem to raise aesthetic experience to a supreme level of insight.