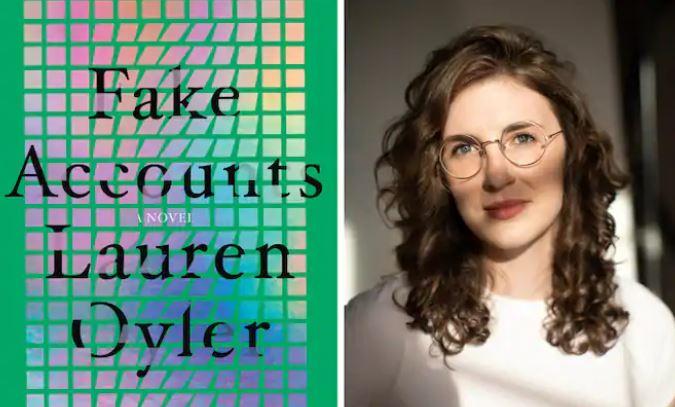 In Lauren Oyler’s “Fake Accounts,” an inveterate liar reveals the humiliating truth about our social media age. The deceptive posing, the withering irony, the infinitely cloned political outrage — it’s all splayed out here in this witty novel that captures a certain species of Internet life better than any other book I’ve read. A century ago New York City got Edith Wharton; now the World Wide Web gets Lauren Oyler. We’re even.

The unnamed narrator of “Fake Accounts” is full of intellectual superiority and self-loathing, teetering “on the border between likable and loathsome.” As a White woman in Brooklyn, she refuses to identify as a White woman in Brooklyn because, she says, “the description usually signified someone selfish, lazy, and in possession of superficial understandings of complex topics such as racism and literature” — in other words, someone just like her.

That disarming candor extends throughout the novel, which is delivered in the cool, confidential tone of a narrator who anticipates every charge against her. Each scathing criticism she delivers twists into a mortifying admission. “To be clear,” she tells us at one point, “I know this is boring.” Indeed, the longest section is subtitled: “Nothing Happens.” “Fake Accounts” isn’t just a comedy of manners, it’s a literary snake that eats its own tail.

At the opening, the narrator snoops through her partner’s iPhone looking for evidence of infidelity. She confesses, “I resented my mother and online feminism for making me so paranoid.” Although she determines that her boyfriend, Felix, hasn’t strayed, she discovers something more exciting: Felix maintains a secret online life as a conspiracy theorist. Tens of thousands of people follow his paranoid postings about 9/11, Jews, the deadly radiation of cellphones.

This sounds like the freaky opening of a thriller — a naive young woman caught in the deceptions of a man she thought she knew! — but Oyler veers off in another direction. “Instead of outrage or hurt feelings,” the narrator says, “I felt suddenly, magically free.” She’d been wanting to break up with Felix anyhow; here was the perfect guilt-free excuse. Now she could “approach the endeavor with the calm dignity befitting the partner of a person who needs help.”

Such synthetic authenticity is the signature maneuver of this young woman who speaks to us in long careening sentences that hit pedestrians on both sides of the road. She’s obsessed with crafting a persona in a way that renders her equally candid and shameless. “A journalist, sort of,” she is a product and a producer of Internet culture. She works as a blogger for one of those insipid online publications where she pounds out two or three articles a day for an audience that wants “to learn things that it could trick itself into believing it had always known.” The key, she notes, is to develop “a rote, pseudointellectual dismissiveness that could be applied to any topic so long as the worst political implications (ideally, that the thing being discussed was bad for women) were spelled out by the end.” In these moments — and there are many — Oyler seems to have gathered the despairing 3 a.m. thoughts of a whole class of media professionals and published them.

There is a plot here, though it’s somewhat incidental to the book’s success, which rests on the narrator’s deadpan skewering of everything from podcasts to Instagram feminism to online dating. “Fake Accounts” is particularly sharp when it comes to the trite, self-aggrandizing liberalism that arose along with Donald Trump. “For a few months,” the narrator notes, “the political catastrophe seemed so dire that one’s music and movie preferences were no longer considered the ultimate markers of one’s moral fitness to fight fascism, which became, incredibly, a buzzword; though we could always do more or do better, there was a sense that our embarrassment of privileges could be set aside to focus on the task at hand, though what that task was I wasn’t really sure.”