This is why you should complain to KDP : Agora Publishing Consortium: Trade and Book Self-Publishing Services
1135 Views

This is why you should complain to KDP 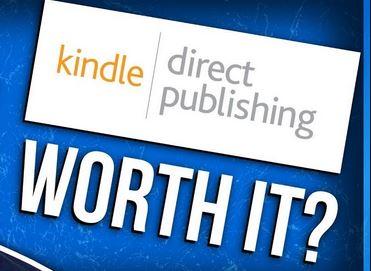 Let me start with a disclaimer: I’ve never been a conspiracy theorist. Perhaps it’s because I was never invested in the causes: I don’t really care if the moon landing was real or who killed JFK. But lately, one conspiracy has been getting under my skin, and it’s Amazon’s glitchy system, specifically KENP.

Quite a few authors have complained online that their pages read count went down. My own count was zero for the entire month of October, but at first I chucked it to the pathetic sales figures in general. Then, after I published the blog the other day and seeing a number of comments mention the issue, I decided to complain to KDP. I told them that it’s impossible that I would have zero pages per day for the whole month because a friend of mine tested the system by downloading the book and reading a few pages.

Coincidence? Maybe, but I suddenly remembered that this scenario happened before, a few months ago. That time I complained after about two weeks, was promptly told that there’s nothing wrong with the system, but the pages showed up immediately and kept showing up every day. It’s been less than 24 hours since my latest complaint and I have not heard from KDP, but I expect another assurance that everything is fine.

So if you are an author with a book in KDP Select and you feel that your pages count is down, don’t beat yourself up. Complain to KDP and see if the count jumps within 24 hours. And if it does, please let me know.

Oh, and my apologies to conspiracy theorists out there. Keep up your good work. Somebody has to.