Planning to Self-Publish Your First Book? Avoid These 6 Rookie Mistakes at All Costs 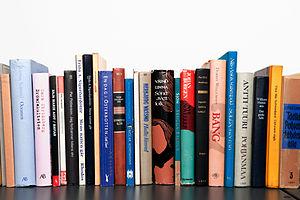 Writing a book might not be the first thing that comes to mind for growing your business, but this can go a long way in helping entrepreneurs establish their credentials and industry expertise. It helps get your name out there, and can even lead to media coverage for you and your company.

Best of all, the rise of self-publishing has made authorship more accessible than ever for entrepreneurs. You don’t need to seek out a deal with a major publisher. Instead, you can self-publish and start selling your book on Amazon or promoting it through your site.

While self-publishing allows you to get your book to market quickly, self-publishing is rife with potential pitfalls. Avoiding these six rookie mistakes will ensure that you look like a professional, not a novice.

You aren’t done with your book once you type “the end” or its equivalent. Books published by major publishers go through several rounds of revisions and edits before they hit store shelves. If you neglect editing your self-published book, you risk coming across as sloppy and unprofessional.

Editing should cover grammar and spelling issues, but it can also reveal flaws in the structure or organization of your book. You might not have put enough emphasis on certain topics, or maybe you repeated certain points multiple times in the text. Enlist the help of a few beta readers to go through your manuscript to get an idea of what is or isn’t working.

Related: Why Every Entrepreneur Should Write a Book

A title can make or break any piece of entertainment — be it a book, newspaper article or movie. Your title needs to grab the audience’s attention while still giving them an idea of what to expect in your book.

One common suggestion for business and other nonfiction books is to combine a “creative” title with an indicative subtitle that tells readers what your book is about.

As one example, Greenville University’s Deloy Cole explains, "Eats, Shoots and Leaves: A Zero Tolerance Approach to Punctuation, is a masterful combination of creative title with meticulous, content-oriented subtitle. The title alone wouldn’t make a reader aware of the book’s subject (apart from actually reading the book), but the subtitle turns the book into something other than an ambiguous scene of gustatory violence.”

3. Not hiring a professional cover designer

Few things will drive readers away like an ugly front cover. The visual elements of your book’s cover will often catch a reader’s eye before the title does. Unless you’re a professional graphic designer, this means you should turn this job over to a professional who will design an engaging cover that matches the content of your book.

Just how important is a book cover, exactly?

A survey by The Book Smugglers found that 79 percent of readers reported that book covers played a “decisive role” when deciding to buy a book, with 48 percent saying the cover played “a major role.” With hardcover books, 40 percent said an ugly cover would even keep them from buying a book they were previously interested in.

Many entrepreneurs self-publish a book as a form of marketing for their business. But your book also needs to be marketed to make an impact. In an email conversation, J.J. Hebert, president of MindStir Media, a self-publishing services company, explained, “Every book needs a marketing plan that starts before release and continues for at least a few months after the book releases. Hundreds of thousands of books are self-published every year. A few social media posts aren’t going to get you the traction you need to stand out and get meaningful sales numbers.”

In addition to social media campaigns, self-published authors should use email lists and newsletters to tell subscribers about the book. Actively participating in online industry groups will ensure that when you talk about your book, you won’t come across as spammy. Media outreach (especially on a local level) can also drive momentum for your book release.