Demanding representation for books and beyond 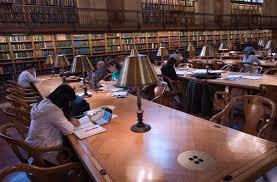 W.D. Foster Graham has a real passion for words. He was raised in South Minneapolis and graduated from Luther College as a psychology major.

An avid reader from a young age, novels remain a passion of Foster Graham. “My dad was a voracious reader, so I guess I get it from him,” he said. He is also quick to share his favorite genre. “I am a fan of romance so [author] Brenda Jackson tops that list. Also, E. Lynn Harris, James Earl Hardy and, of course, Toni Morrison,” he said.

By the time he became an adult, Foster-Graham was ready to try his own hand at writing. “I didn’t begin actually writing a novel until my late thirties,” he said. And writing the novel was only half the battle. “From writing it to having the book published, it took about 17 years,” he said.

Just as his father influenced his early love for writing, so did he inspire his future as a published author. “My father was my biggest fan and biggest critic. He put his stamp of approval on [my first book], and that meant the world to me,” he said.

Some of Foster-Graham’s most notable books include “Never Give Up” and “Mark My Words,” which are both part of his Christopher Family Novel series.