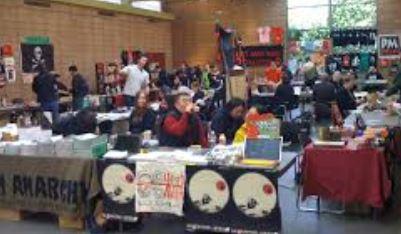 GATINEAU, QC /CNW/ - The eyes of the literary world will be on Canada as the guest of honour country for the very first special edition of the Frankfurt Book Fair from October 14 to 18, 2020.

The Honourable Steven Guilbeault, Minister of Canadian Heritage, announced Canada's virtual programming for this year's special edition, in a video message today. The following events will be available to the general public on the Canada FBM2020 website:

Margaret Atwood
An exclusive 60-minute conversation with Margaret Atwood, author of some of Canada's most celebrated poetry, fiction, literary studies, essays and graphic novels. The discussion will be hosted by Charles Foran, prize-winning author of works of fiction and essays.

Hope Against Despair with Alix Ohlin, Jocelyne Saucier, and Joshua Whitehead
It often appears that humanity is tormented by a somber shadow, beset with environmental, social and political crises. What is the role of the artist in helping us face calamity? What do we require from our artists: resistance, empathy, insight or all of the above?

We Contain Multitudes with Kim Thúy, Esi Edugyan and Catherine Hernandez
The idea that we as individuals create and inhabit different identities is widely accepted these days. But how do these various identities affect a writer's work, shape their readers' responses and determine their position in the literary community? Does one identity inevitably become more predominant?

Picture Perfect with David Alexander Robertson, Sydney Smith, and Guillaume Perrault.
As far back as cave paintings, perhaps even longer, humans have used pictures to tell stories. Graphic novelists and children's book illustrators have a growing audience eager to explore and enjoy the interplay between words and visual language. This event will be lavishly and profusely filled with images and examples by some of Canada's most successful author/illustrators.

The minister was joined virtually by the Honourable Stéphane Dion, Canadian Ambassador to Germany and Special Envoy to the European Union and Europe, Juergen Boos, President of the Frankfurter Buchmesse, and Caroline Fortin, President of Canada FBM2020. The government is also proud to announce a virtual delegation of nine authors and illustrators who will represent Canada on the world stage in Frankfurt this year.

Canada's role as guest of honour country will continue into 2021 with in-person literary and cultural events leading up to Canada's live guest of honour participation in Frankfurt 2021. Canadian Heritage and its key partners Canada FBM2020, the Canada Council for the Arts, Global Affairs Canada and Telefilm Canada are pleased to help German and international audiences discover Canadian authors and illustrators, as well as artists in film, music and the performing arts. This major event supports our creative industries, including publishers, in achieving international export objectives through our Creative Export Strategy.