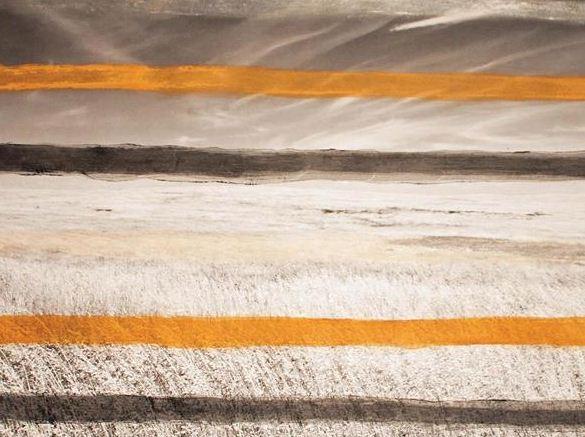 In partnership with the Maclean Foundation and Nature Conservancy, Griffith Review’s 63rd publication, Writing the Country, shows us new ways to explore Australia through writing.

The word of the day here is Anthropocene, used to describe our current geological epoch. It means humans are now the main player in geology and ecology, with our millennia-long footprint having started with the 1800s industrial era and the ‘Great Acceleration’ from 1950 onward.

It begins with Julianne Schultz, who says Australia is on suicide watch, and that more cultures have died by suicide than have been murdered. But while Writing the Country gives us reason to panic, it also offers solutions.

Journalist and novelist Ashley Hay says we must put the magic back in nature, to respect it again, and to not only rely on scientists.

Kim Mahood’s 'Lost and Found in Translation' explores Patrick White and other prominent Anglo authors’ inability to frame the landscape as anything but a surrealist James Gleeson painting. She says the language of the land is found in song, in dance, and the ‘reciprocal acknowledgement between traditions that remain obscure to each other’.

Writing the Country communicates through a diverse range of voices, choosing none other than Noongar woman and literary heavyweight Claire G Coleman’s essay on this history of her family’s land off the south coast of Western Australia.

‘No blackfella ever dared to go there, my dad used to tell me, too many ghosts, he said, too much death, too many bones in the ground.’

Tom Griffiths’ 'The Planet Is Alive'gives a radical historical account of ours and nature’s story by linking science and the humanities, while James Tylor’s photographic essay details his Nunga Karuna ancestors on the Heysen Trail through a new lens.

Writing the Country is chock-full of sensible, radical, passionate and diverse writing in all its forms, from a variety of professions, voices and backgrounds.

Griffith Review's 63rd edition covers conservation, First Nation peoples, environmentalism, photography, journalism, art, fiction, poetry, history and everything else necessary in acknowledging where and with who we live. It’s worth a read for the topics, authors and styles you follow because the writing is clear and accessible. It also provides new perspectives on topics we haven’t yet thought about.

The question is, how will these ideas communicate to the wider community of Australians and essentially the world that aren’t prolific readers? Because it’s not just up to one collective, group or person – it’s up to all of us. And to expect everything to change from one book would be to miss the point of Writing the Country. Instead, it’s here to serve as the stimulus for expansion of these ideas in all other forms and mediums.