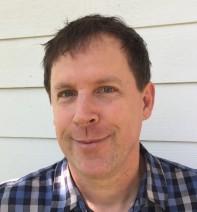 Twelve years ago, on the eve of the modern-day indie author revolution, few writers aspired to self-publish. Self-publishing was seen as a fool’s errand. At the time, many writers embraced the false narrative that only publishers and literary agents possessed the divine wisdom to decide which writers are worthy of publication.

It was a different era back then: e-books accounted for less than 1% of the book market; self-publishing was all about print. Without an agent, it was difficult to get the backing of a publisher, and without a publisher it was nearly impossible to get books into physical bookstores, where most readers discovered and purchased books. So of course early self-published authors failed.

When booksellers moved their stores online and opened e-book stores, it created new opportunities for self-published authors. For the retailer, virtual shelf space is cheap and unlimited.

Around 2007, the major booksellers began opening their virtual shelves to self-published e-books, making self-published e-books discoverable to readers alongside the e-books from traditional publishers. This new opportunity was nothing short of revolutionary. Self-published e-book authors began hitting national and international bestseller lists. The industry—to the mutual surprise of writers and publishers everywhere—learned that readers care more about great writing than they care about the name of the publisher.

Self-published authors celebrated their newfound freedom to publish and distribute. They celebrated their vanquishing of the gatekeepers: the agents and publishers whom they perceived as having wrongly denied them opportunities to reach readers.

Authors learned to do the hard work of publishers—and often they did it better. In the absence of large marketing budgets, they pioneered new best practices for e-book publishing, pricing, and marketing. Each time a self-published author hit a bestseller list, it inspired other writers to take a second look at e-book self-publishing. The stigma of self-publishing faded with each success.

By 2011, self-published authors began to self-identify as “indie” authors. They wore this identity as a badge of pride. Indies became the cool kids.

With the retail distribution problem solved, indie authors turned their attention to promotion. The virtual store shelves were growing more cluttered by the day with e-books from both indie and traditional publishers. Smart indies set to work breaking the code for discoverability. This code was the retailer algorithm. Algorithms are computer programs that retailers use to automatically determine when, where, and how one book is made more discoverable to readers than another.

Authors began shifting their marketing focus to please the algorithms, especially those of Amazon. Amazon’s ever-changing algorithms quickly became the subject of lore. A sudden tweak could decimate an author’s sales overnight—or it could catapult an unknown author to bestsellerdom. Amazon kept moving the cheese in an algorithm and policy maze.

In December 2011, Amazon introduced KDP Select, which promised greater discoverability and more e-book promotion tools for indie authors who made their books exclusive to Amazon. Thousands of indie authors embraced this new option with gusto. Soon, over one million indie e-books could only be purchased at Amazon. In other words, Amazon convinced indie authors to abandon all other retail distribution.

It is no coincidence that, following the introduction of KDP Select, other competing e-book stores saw their sales plateau or begin precipitous declines. These retailers began losing the millions of customers who wanted e-books that could only be purchased at Amazon.

Even authors who resist the siren call of KDP Select and distribute to all retailers do 70% or more of sales through Amazon. If a self-published author is earning 70% or more of their income from a single retailer, can they honestly call themselves an indie author?

Self-published authors have traded one gatekeeper for another. Unlike the traditional publishing gatekeepers of yesteryear that sought to preserve the value of books, the business model for the new gatekeeping overlord is all about stripping suppliers of pricing power, profits, and independence.

It’s not too late for self-published authors to take back their independence, but time is running out. Authors should reject KDP Select exclusivity as antithetical to author independence and embrace broad distribution to all retailers. Retailers cannot survive long-term without access to the full depth, breadth, and diversity of self-published e-books. And if other retailers fail, authors will have fewer options to reach readers and greater dependence upon Amazon.