Amazon KDP Select: Is It Worthwhile for Authors? 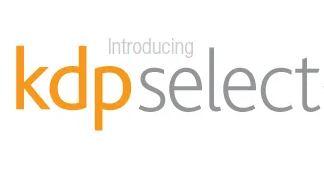 There’s a lot of turmoil right now in the self-publishing world regarding the Amazon KDP Select program. I’m not sure it’s warranted. The Select Program is just that: a program, a tool, a tactic.

In other words, it’s not a promise, a guarantee, or even a long term strategy—for authors or Amazon.

It’s a program. Subject to change. And it might not fit your needs now—or later—or ever. Or it might be the catalyst you need to engage new readers and propel sales.

For those who don’t know, here’s what Amazon KDP Select is in a nutshell:

In exchange for giving Amazon exclusive use of a piece of digital content for 90 days, you receive five days (any five you choose) to make your digital content available for free, and you also get paid for any of your e-books that are lent through the Amazon Prime library.

Let’s break that down.

Depending on your audience, that could be a deal breaker right there. Or it could be an opportunity.

If your readers buy a significant number of your books from other venues, then you probably don’t want to anger them by providing content only to Amazon. If you have no readers yet, then building an audience on Amazon before branching out to other venues might be an excellent choice.

Established authors with several titles might rotate content through Select if they’re finding that they get a significant number of paid lends and new readers from the program. They could also use Select to launch a new project, receiving feedback and reviews via Amazon before distributing a title elsewhere.

Newer authors with limited readership probably have nothing to lose by granting Amazon exclusivity while they use Select to build their audience. Select becomes a tool to build a presence on the bestseller lists, reviews, and solid sales figures, along with an income before expansion, much in the way that smaller presses can serve as a stepping stone to larger publishers.

What about the income from lending?

It’s been averaging around $2 a lend, which might be more than you make on a sale if you price your books below $2.99. Above $2.99 and you’re losing money compared to an actual sale.

In my own experience, both times I tried Select, my lends were neglible compared to other authors. But as I polled other authors, I realized that the lending trends fall into two groups: relatively unknown authors were receiving higher numbers of lends while more established authors weren’t.

My guess is that the better-known authors with established series, good reader reviews, and bestseller status were actually being bought rather than borrowed. In my case, I could calculate the higher number of sales I received via Select and compare it to the lends as well as what I would usually sell of those titles via other venues.

For the two 90-day periods I was in Select, it was a virtual wash financially.