E-books are changing the reading experience 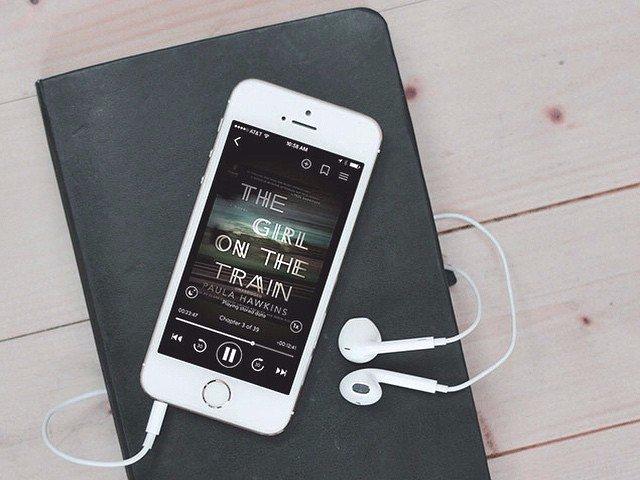 Gone are the days were paperbacks were the only way to publish a book, as in a world of innovative technology, e-books are drastically changing the way we read.

E-books have already altered the way people find books, since they don't need to search around the bookstore as often.47-year-old David Delk, president of Man in the Mirror, a Christian ministry in Casselberry, Fla recalls "the old days," when his extended family went on vacation carrying three or four bags filled with about 30 books and another 30 magazines.

However, with the dawn of the digital age, packing is a lot easier.

"There were probably seven Kindles, nine iPads and two other tablets between the 14 of us," said Delk while going on an annual family vacation.

Avid writer Moshin Hamid noted that his preference for e-books are centered around the flexibility and easy accessibility. With e-books, one doesn’t need to leave their comfort zoneasyou can purchase books directly from a digital bookstore and download them instantly to your device.

“The advantages of e-books are clear. E-books are immediate. Sitting at home in Pakistan, I can read an intriguing review of a book, one not yet in stores here, and with the click of a button be reading that book in an instant. E-books are also incorporeal,” said Hamid in a report.

“While traveling, which I do frequently, I can bring along several volumes, weightless and indeed without volume, thereby enabling me to pack only a carry-on bag.”

In a poll conducted for USA TODAY and Bookish, it was discovered that 40% of adults — including 46% of those ages 18 to 39 — owned an e-reader or a tablet.

Reading devices have become even more popular among college graduates—with 60% noting they have oneand 62% of those with annual household incomes of at least $75,000 acknowledging same.

Delk, who due to the nature of his job travels frequently, said he's up from 25 books a year to 40.

“With a growing number of digital readers, the key breakthrough in publishing is accessibility," said Peter Osnos, founder and editor at large of PublicAffairs Books.

"For hundreds of years, when readers heard about a book they wanted to read, they had to go find it," he said. "In a digital era, everything, or most everything, is instantly available."

For readers such as Jamie Groves, 45, a prosecutor in Huntington, Ind.—who reads about 30 books a year— e-books ensured he doubled his reading, beforebuying a Kindle and adding an iPad for more flexibility.

Also, e-books are typically released at the same time as their print counterparts but are often cheaper to purchase. Being a big fan of novelists such as Brandon Sanderson and Stephen King, Groves enjoys both the cheaper prices of e-books and "having something to read even if I forget to bring a book. I like to read to fill in the gaps, like waiting in the dentist's office or having lunch."

According to Michael Norris, a publishing analyst for Simba Information, a market research firm, he isn’t surprised that e-books have changed the reading culture—with e-reader owners saying they're reading more books.

He made a comparison to the saying that, "a person who owns a bicycle is more likely to take bike rides. If you have a device, you have access to books that you just didn't have before, and a lot of them are free." In Words Onscreen, the American linguist Naomi Baron surveyed the change in reading patterns that digital publishing has brought.

“Where the impact can be measured, it consists primarily of a propensity to summarise. We read webpages in an “F” pattern: the top line, scroll down a bit, have another read, scroll down. Academics have reacted to the increased volume of digitally published papers by skim-reading them,” Baron noted.

“The attention span has shortened not just because e-books consist of a continuous, searchable digital text, but because they are being read on devices we use for other things,” said Baron. Baron reports that a large percentage of young people read e-books on their cellphones —diving into them while taking public transport or at the coffee shop. However, distractions such as checking their work email, social media pages or their online love life, is literally just a thumb swipe away.